Amazon released their quarterly results Friday, to a 13% pop in stock price.  Their market cap increased by $62B in a single day as a result, more than many huge enterprises are worth.

This is a paradox.   If profits are what matters (and in the long run, they are), Amazon turned in a paltry $347M in operating income, vs. $575M last year – so they’re actually shrinking!   Their P/E ratio is now a terrifying 279 (vs. Apple at 19, Google at 50).   Most of Amazon’s stock price has been driven by PE expansion, not by earnings.   Amazon’s price growth is about investor sentiment, not financial performance.

A Deeper Dive into the Financials

What’s going on at Amazon to drive so much enthusiasm?   To find out, I’ve combed through Amazon’s 10-Q, read the conference call transcript, and will do some deeper math.

To illustrate the power of these choices, let’s take a look at a contrafactual.   Imagine Amazon had just kept spending in line with revenue growth where they could.  The table below shows some napkin math:

In the “choose not to spend” column we see what 3Q17 would have looked like had Bezos just chosen to increase marketing, fulfillment, R&D, and G&A in line with revenues.   Faster-than-revenue growth in these categories is largely a choice they made.   The result is a 10x increase in profits, to $3B in the quarter.  Of course, less marketing might have meant fewer sales, so this is simplistic.   But it gives an idea the leverage of the choices Bezos is making, and the profit opportunity that exists hidden inside of Amazon.   The secret is that their retail businesses are in fact highly profitable at the GM level, and GM is growing very rapidly.   Bezos is simply choosing to invest profits into more distribution centers, data centers, and R&D towards new businesses.    This is enormously powerful and shows the options Amazon has once growth slows.

I’m of course not recommending change strategy; Amazon is buying share and using retail profits to drive R&D in future businesses like AWS, Echo, etc.   As long as Wall Street allows this, it’s the right thing to do vs. pile up vast cash as Apple, Microsoft, and Google are doing (and must do given their relatively limited investment opportunities).

When I first joined Microsoft in 1996, we had 17k employees.   5 years later we were approaching 100k.  During those 5 years, it felt like my primary job was interviewing candidates for new headcount openings!    It must feel like that at Amazon right now, as they’ve nearly doubled their workforce in a year.   Many must be out in fulfillment centers, but the traffic at South Lake Union, construction around Puget Sound, and number of my LinkedIn Contacts changing jobs from MSFT to AMZN attest to the rapid growth in high priced headcount.

This is a way to grasp at opportunity and feels great on the way up, but if things ever turn it’s painful and expensive to unwind this kind of investment.   The financials above attest to the likelihood they won’t have to.

Amazon is working to be sticky with its customers and impossible to compete with.   They are building moats that will be tough for anyone to beat.   Some specific examples:

This is a deep topic, but I did want to lightly call out a milestone; AWS grew operating income to $1.1B on $4.6B of revenue.   These margins are impressive and powerful, and represent a huge opportunity to make money and/or to use decreased prices as a weapon against Microsoft and Google.   Were I competing with AWS, I’d expect price competition to intensify.

Wow, this was a big bet.   This really hit home in their filings,; Amazon didn’t have enough cash to simply write a check they had to borrow a lot of money.   As a result, their long-term debt exploded from $7.7B to $24.7B.  The 10-Q is preliminary given the short timeframe, but there can be no doubt this is a huge bet that really does need to pay off.   Bezos must really believe in the long-term value of this, as he’ll have some uncomfortable discussions if they must write off $13B in value – 13 years of earnings at the current rate – due to bad execution.   Fortunately, it’s an acquisition that comes with a lot of assets and free cash flow, so a full write-off is unlikely.

But this wasn’t a lark; expect Amazon to go all in to drive synergies and make it successful.

Amazon’s list of accomplishments for the quarter is amazing.   A full accounting can be found here.  I see a number of themes:

Their connection to consumers and scale give them an array of things to pursue.   Some have been rumored, some exist only in my head.   But to illustrate: 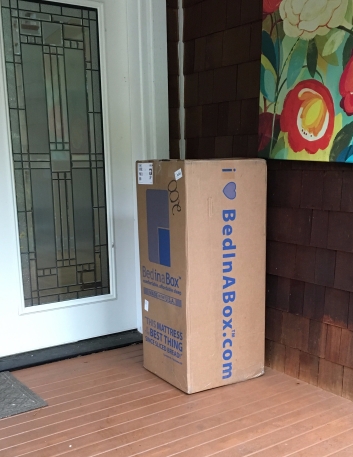 The World’s Most Impressive Nonprofit?

During the dot-com boom, an industry wag suggested Amazon should rename themselves to Amazon.org given their eternal lack of profits.    This is to some extent still true given a profit margin of 0.5% ($256M on $44B revenue!).   But I hope I’ve convinced you this is a very superficial criticism.   Amazon has vast market power and is simply scaling investment with gross margin to keep profits at zero – and Wall Street is rewarding them.   This makes Amazon hard to value exactly, but they are incredibly valuable.