Last week I flew on Alaska Airlines from Seattle to Minneapolis for a pleasant vacation.   As the flight attendant went through the pre takeoff briefing, something caught my attention:

If you have a Samsung device, please power it off completely and stow it during the flight.

Not all Note 7s, not all smartphones.

Sometimes I can enjoy a company screwup, especially when it’s a competitor.   But it’s now clear that the Note 7’s flaws put Samsung’s entire phone franchise in jeopardy – small wonder their stock has lost nearly 9% since the problems began.  This isn’t funny, it’s tragic. 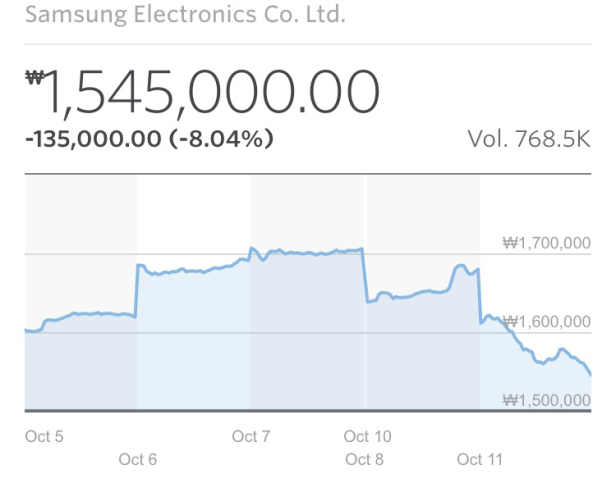 Samsung is diversified, but as one of the few winners in the iPhone era it has become enormously dependent on vast phone profits – more than half of revenue score from anonymously profitable smartphones.  Anything that threatens that franchise is dire.  Now they’ve had to cancel the Note just as Apple has unleashed the iPhone 7.

Worse, this threatens Samsung’s status at the second most premium smartphone brand.   Flights in the US all now feature a 60 second PSA against that status.

That premium is where almost all of those phone profits came from, earning Samsung significantly higher average selling prices then any other Android phone OEM.   Without that brand, Samsung would become just another Android phone vendor in the knife-fight-to-the-bottom on price that is flattening the android ecosystem.