Thanks to KC Lemson for spurring me to finish and post this!

I’ve been outside of Microsoft for 3 months, and am now leading a medium sized social venture.  The outside world is different.  I suspect the assumptions born and lived inside of Redmond lead to all kinds of bad decisions.    If the below is obvious to you, please ignore.   If, like me, you’ve lived the last 10 years inside the all-encompassing embrace of the Redmond domain and Exchange servers, read on… 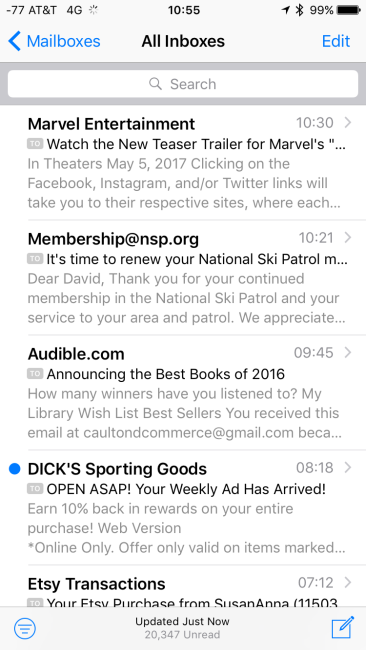 William Gibson said that the future is already here, it’s just not evenly distributed.   I think this is a great example of that phenomena.   I wonder if it’s just Microsoft or all Microsoft-centric enterprises that live and die on Exchange?   I also wonder if the new employees joining Microsoft experience things differently, or if once they’re pulled into the Redmond Domain they experience the same warm embrace of email?   Let me know.